Should You Ban Cell Phones at Work?

What can managers do to curb cell phone usage at work? Is outright banning them the answer? 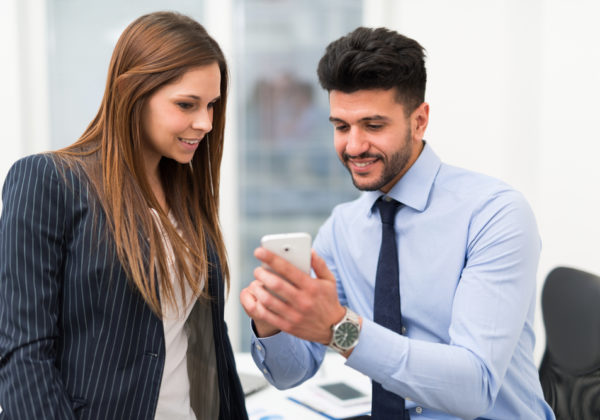 Ever since the introduction of smartphones, cell phones at work has been a constant problem. Employees waste time browsing the Internet on their phones, taking personal phone calls, or texting. They’re everywhere and habit-forming. Many people can’t imagine being without their phone.

Some people are able to have cell phones at work without them becoming a distraction. However, many can’t and end up wasting a lot of company time on their cell phones. But what can managers do to curb cell phone usage at work? Is outright banning them the answer?

The short answer is no. Employees should be focusing on work while they’re in the office. Cell phone usage can be restricted or even banned, but cell phone bans aren’t always the most effective way to deal with the problem.

Banning cell phones outright will just result in employees finding other ways to use them. Some may have legitimate reasons to use their cell phones at work, such as arranging child care with a spouse or a family emergency that they have to take care of. While these issues aren’t work-related, they’re important to your employees and may affect their ability to work if they can’t take care of them.

Anyone who uses their cell phones just to avoid doing work will find other ways to either use their cell phones at work or will find other ways to slack off. These employees may take extended breaks. They might also spend extra time in the bathroom because they’re on their phones there. Plus, depending on your location, it might not be legal to ban the presence of phones or prevent employees from using their phones during their lunch breaks.

Even though cell phones can be distracting or even a safety risk, banning them might not be the best solution. But what alternatives are there?

Banning cell phones at specific times or in specific locations can help to limit their usage overall and can definitely prevent usage at those specified times.

Make your expectations regarding cell phones clear and put it in writing. Employees can then sign off on the etiquette guide to show that they understand what the expectations are. The cell phone policy can include things like limiting when and where they can be used as well as other guidelines.

These guidelines can include:

If the cell phone policy is violated for any reason, there should be disciplinary actions. If an employee’s work is suffering due to cell phone usage or someone took a loud phone call that disrupted the entire office, there should be recourse available to the managers to handle those violations.

What the disciplinary actions are for each violation should be outlined in the policy so that they are clear and understandable. All employees will then know what will happen if they don’t follow the policy. This will also guarantee that all employees are treated equally when it comes to cell phone usage and policy violations.

Are you looking for a HRIS to manage company policies and documents? Let HR Payroll Systems help you find the best software for you. Visit our Software Match page to be matched with the right vendor.