MENU
What you will learn in this article
GET SOFTWARE MATCHES

HR Resources - Do You Have a Hostile Work Environment on Your Hands? 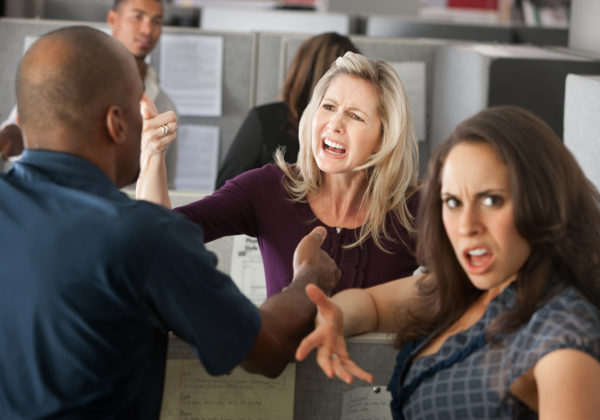 Do You Have a Hostile Work Environment on Your Hands?

A hostile work environment is caused by actions of an employer or employee that interfere with an employee’s ability to do their job. When the term is used in the United States, it is generally connected to specific laws that have been broken. Understanding what makes a work environment hostile can help employers to nip certain behaviors in the bud before they start to overtake the office.

Examples of discrimination may include:

Like discrimination, sexual harassment can vary in nature and take many forms. Employees telling sexually explicit jokes without reprimand is one example that may not initially be perceived as sexual harassment, but can work to perpetuate a hostile work environment by slowly undermining acceptable behavior. More obvious types of sexual harassment, such as employees touching other employees inappropriately, are less common but easier to spot.

The most blatant and commonly recognized form of sexual harassment is quid pro quo harassment. This type of harassment occurs when an employer or superior gives raises, promotions, and job benefits in exchange for sexual favors. Quid pro quo is considered a criminal abuse of power.

Other Types of Workplace Harassment

While discrimination and sexual harassment are the most commonly cited examples of harassing behaviors, employees and employers may harass employees about many other matters that contribute to a hostile work environment. Individuals may be harassed about their status as a smoker or non-smoker, their heritage, their sexual orientation, their citizenship status, their income or occupation, their criminal history, or their political beliefs. While these characteristics are not protected under the EEOC, continually berating employees based on factors and characteristics such as these may be considered contributing to a hostile work environment.

The first step to defusing a hostile work environment is to recognize and call out the behavior. As an employer, a write-up, suspension, or termination may be a fitting response to harassing or discriminatory behaviors-which may also work to correct the behavior. As an employee, telling a manager or HR professional may be the best course of action.

A hostile work environment is not made in a day, but it can be defused in a day. To be considered a hostile work environment, the behavior must be persistent, so stopping the behavior quickly can help to prevent the behavior from having lasting effects on the company culture and employees. Setting behavioral rules and expectations and then following through with disciplinary action when rules are broken can help to prevent hostility in the workplace from escalating.