MENU
What you will learn in this article
GET SOFTWARE MATCHES

HR Resources - What You Should Know About the Gender Pay Gap 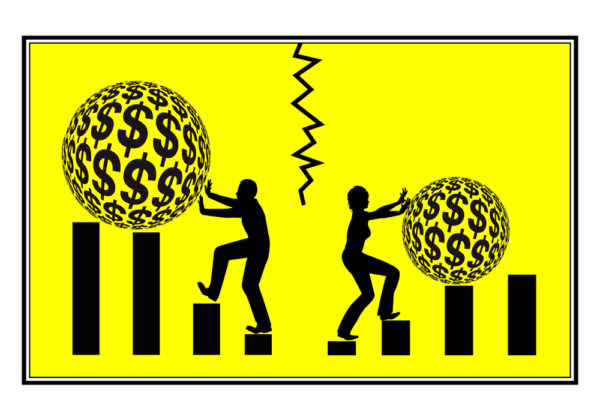 What You Should Know About the Gender Pay Gap

Most everyone has heard that women make about 76 to 80 cents for every dollar made by a man in the workforce. This statistic has been the subject of much debate and is often misunderstood. Knowing more about the gender pay gap, why it exists, and how to mitigate it can be helpful for any business.

What Really Is the Gender Gap?

The gender gap is the difference in pay between men and women, both for the same role as well as general wages. Many things go into calculating this wage gap but the fact remains clear: women consistently earn less than their male counterparts.

It’s Not a Myth

A gender pay gap is not a “myth” and, in fact, does exist, but the 76 to 80 cent statistic doesn’t tell the whole story. This statistic is based on an entire workforce and workers are classified only by gender. Factors such as experience, education, race, and job title have not been taken into consideration.

A larger percentage of women tend to work in lower-wage jobs, whereas a larger percentage of men tend to work in higher-wage jobs. Women tend to be more likely to leave the workforce to fill family caregiving roles, which can broaden the pay gap by creating separation in experience and employment that may lead to lower wages. These issues can be difficult for companies to address immediately, causing further division in the wage gap between men and women.

Even when adjusted for external, less controllable factors, however, a gender wage gap exists. Women with similar education levels, experience, and positions make approximately 97 to 98 percent of what their male peers make.

What Causes the Gender Wage Gap?

While many people still wonder if the gender wage gap exists, there are documented, measurable instances that contribute to the overall wage gap.

It’s no surprise that — while usually unintentional — there are certain jobs and industries that are seen as “men jobs” and “women jobs.” This is particularly prevalent in science, technology, engineering, or math (STEM) careers where men tend to dominate the field and women aren’t encouraged to pursue these lines of work.

Women are more likely to be steered toward nurturing caregiver roles like nurses, teachers, or child care workers where the standard of pay is already lower. This further contributes to the divide in the gender pay gap.

Differences in Years of Experience

When children come into the picture, it is usually the mother who stops working to stay home and raise babies while the father works to support the family. Conversely, child care costs continue to rise, making it difficult for families or single parents to justify the cost while continuing to work.

As mothers leave the career field for child rearing, they experience significant breaks in job experience and longevity. This can lead to women having “less job experience” compared to men and receiving lower pay as a result.

Tying in with women being the primary caregivers in the home, moms are more often pulled away from work to tend to children, handle doctor appointments, attend extracurricular activities, and balance the family home. Because of this, men work an average of 41 hours per week while women average 36.3 hours. The difference in hours plays a large role in the gender pay gap.

Women aren’t equally impacted by the gender wage gap; race also plays an important part. According to the Center for American Progress, a woman’s median earnings vary drastically based on their race. To break this down, for every one dollar that a white man made in 2018:

So, while gender plays a huge role in the wage gap, race is an underlying factor that further increases pay discrepancy.

Since The Equal Pay Act of 1963, pay discrimination based on gender has been illegal in the workforce. Yet that doesn’t stop the wage gap between men and women from happening. This discrimination can be based on workplace politics or outdated hiring preferences but it can also be related to prior salary history, which has always been statistically lower for women.

What Is the Current Status of the Gender Wage Gap in 2020?

In 2020, the median salary for men is roughly 19% higher than it is for women. That means that, on average, women are earning $0.81 for every dollar that a man makes. From 2019, the gender wage gap has improved by about 2% but it is still far from being equal.

Through the 80s and 90s, the gender pay gap narrowed significantly. Since that time, progress has slowed. While the last few years have shown some progress toward minimizing the gender pay gap, women and men aren’t expected to reach pay equality until about 2059 based on the rate at which the gap narrowed between 2001 and 2016. While there isn’t one action that can completely solve the wage gap between men and women, there are smaller actions that can significantly improve the situation.

What to Do About the Gender Wage Gap

Overall, the gender pay gap won’t be fixed overnight, and many of the issues need to be handled on a national scale to truly make a difference. Some things that should change to help address the gender wage gap include:

What You Can Do About the Pay Gap

You, or your company, may not be able to make radical national changes that end the gender wage gap but there are steps you can take to make improvements within your own business. Currently, American employees think that only 16% of our nation’s companies are trying to make a difference toward pay equality. If you want to change this and be part of the solution, here are some things you can do.

Communicate with your employees regarding the steps you are taking to help narrow the gender pay gap between men and women. This may encourage women to apply for internal positions or promotions as well as attract high-quality talent to your company. By working to minimize the pay gap within a company, employers may help to lessen pay inequality across the board and bring us closer to a day when there is no gender wage gap.